Last Wednesday, August 1st, 2018 was the “Overshoot Day”. As explained by the site of Earth Overshoot Day, this means that “We are using 1.7 Earths. We use more ecological resources and services than nature can regenerate through overfishing, overharvesting forests, and emitting more carbon dioxide into the atmosphere than ecosystems can absorb…”

All the alarms ring: the Earth goes out. It is obvious that our society must make a radical change in their habits. And this mutation, some properties of Bordeaux vineyard have particularly well understood.

Château Smith Haut Lafitte is therefore the first property to be honored in our web series devoted to estates that are committed to the preservation of our ecosystem and the biodiversity of the vineyard.

In 1990, Daniel Cathiard and his wife Florence fell in love with the Château. They decide to buy it and stay there: “taking the decision of a radical change of life, we came to live in the heart of the vineyard“. Settled in the Chartreuse of the property, surrounded by vineyards, it was very important for the couple to create a healthy living environment. This is how the management of the vineyard was made more and more organic. The first wish of the Cathiard was to bring back its qualities to the soil, until now cultivated in conventional agriculture. Thus, each stage of the cultivation of the vine to the vinification and the ageing is studied and optimized so that the nature can express itself fully through the wines.

When I arrived at Château Smith Haut Lafitte on Monday, the first thing that struck me was the calm surrounding, the peacefull that reigns in the vineyards and at the Château. Smith Haut Lafitte is one of those places where you would wander for hours. As if time had stopped to offer us a special moment. As if Nature felt loved and revealed its most beautiful colors and its most beautiful smells in thanks. I crossed the garden perfectly maintained to meet Camille, Digital Marketing Manager of the property. It was with her that I was going to learn a little more about the unique and particular universe of Château Smith Haut Lafitte. 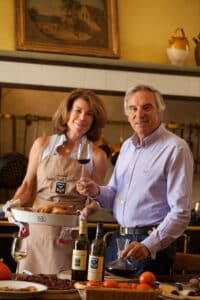 Our visit begins with some explanations concerning the philosophy of the Cathiard Family. I learn that Château Smith Haut Lafitte is in fact managed in organic viticulture for many years. Indeed, the entire vineyard follows the principles of organic farming. Until now, the Cathiard had not found it necessary to apply for certification.

At Château Smith Haut Lafitte, the passionate teams use traditional farming methods such as putting on, decavaillonnage or plowing plots. Any chemical input has been abolished in favor of an organic methods against the dangers that threaten the vine. Property has accepted that Nature can sometimes be stronger than Man. Thus, despite an attack of late mildew following the hail of April, the vines have not been chemically treated. In fact, the growth of the vine is helped by organic compost made from vine-sized pruning shoots, grape marc and cow and horse manure. This natural system of manure favors the life of the viticultural soils. They also enhance the diversity of the vineyard’s fauna by planting more than 500 meters of hedges every year and the establishment of several hives whose honey is sold at the shop! Also, the Château produces its own plants thanks to their own nursery, 10 minutes from the Castle… 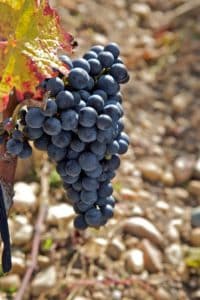 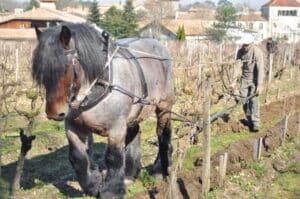 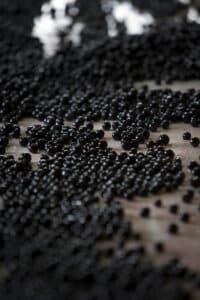 Finally, the estate asked to obtain the certification “Organic Viticulture”, rewarding more than 25 years of viticulture in full respect of the environment.

However, respect of traditions does not prevent the alliance to high tech methods or even completely innovative. Thus, thanks to the Oenoview satellite image processing technology, the grape harvest is done in successive intra-plot lots. The vines are harvested manually, and arrive intact on the optical sorting table. The Château constantly pushes innovation in the methods used in its vineyards. Thus, the embedded NDVI (Normalized Difference Vegetative Index) makes possible to detect intra-compartmental heterogeneities in order to bring organic compost or leave a natural grassing. The renovated SHL vat for the 2013 harvest to operate in 100% gravity allows fermentation by “terroir entities” in small wooden vats and is equipped with the latest technology of vertical pressing.

The Grand Vin of the estate then rests in an underground cellar, the first in the region, made of barrels made within the estate itself. Indeed, renovated in 2014, the Smith Haut Lafitte cooperage offers to its Master Cooper the ideal tool to build himself barrels tailored for the wines of the Castle. 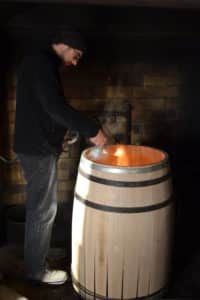 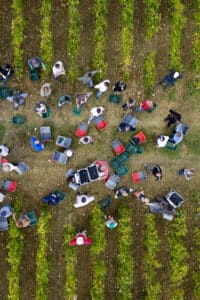 Château Smith Haut Lafitte distinguishes by several innovative approaches. Thus, the property was invited to talk during the United Nations Climate Change Conference concerning their CO2 recycling method. Indeed, a few years ago, a “Chai Furtif” (literally stealth cellar) was set up in the middle of the nearby forest. This cellar is not open to the public because it is based on the principle of maximum energy saving. Indeed, the main objective is the energy neutrality by a frugal consumption and a solar production: strong thermal inertia, electricity production with more than 260m² of photovoltaic panels, production of cold by a heat pump starting from the atmosphere , refresh of cellars by a Canadian underground well, rainwater harvesting system with a capacity of 700 hl, water treatment and discharges which eliminates any risk of pollution… But the most revolutionary is of course the technology (first in the world), that recycles CO2 from the fermentation of wines, into baking soda! Currently, the experts of the Château are thinking about the usefulness of this production for the vines of the property. 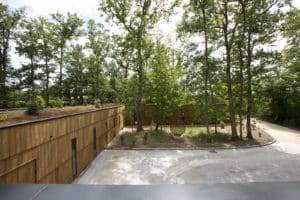 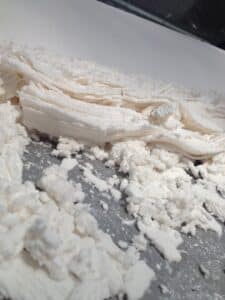 As you understand it, Chateau Smith Haut Lafitte’s way of working is based on the anti-waste through a circular economy system: “We are inspired by the circular economy, a new economic model, ecological and local in order to produce an exceptional wine. “

Revealing the extraordinary potential of the terroir, it is the moto of the chai and vines technical teams each year.

In this poursuit of excellence, and following their organic winegrowing phylosophy, the Château has naturally turned to the biodynamic principles and phytotherapy to preserve the vineyard by only quietly interfering with the soil.

Reinforced in their convictions by 3 years of profitable testing, in 2018 it is 40 hectares, so half of the farm is treated in biodynamy. The goal is to convert the entire domain by 2020. 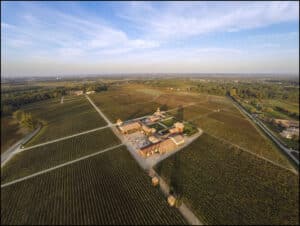 This method is therefore complementary to organic farming, that is to say without synthetic treatment in the vines and allowing in particular the activation of soil life and the development of microfauna and microflora. Thus, the property uses many methods such as horn silica (increases photosynthesis, epidermal resistance …), herbal teas, horn dung, natural humus and clay painting according to the seasons.

At the end of this fantastic visit I am amazed by all these financial and human investments for the benefit of our beautiful planet. When we talk about changing habits in order to consume better, to consume in conscience, we often have the impression that it is not our only step that will prevent from the final impact. We have the impression that the work is far too big and that it is not our small action that will change things. Smith Haut Lafitte proves that every step is a step forward. Started 25 years ago, the redesign of this vineyard after years of conventional farming is today rewarded: this Grand Cru Classé produces each year an exceptional wine, both in Red and White. An example for everyone … 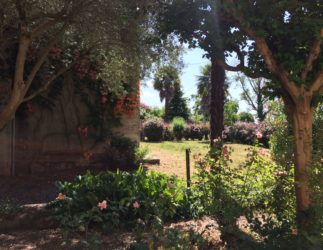