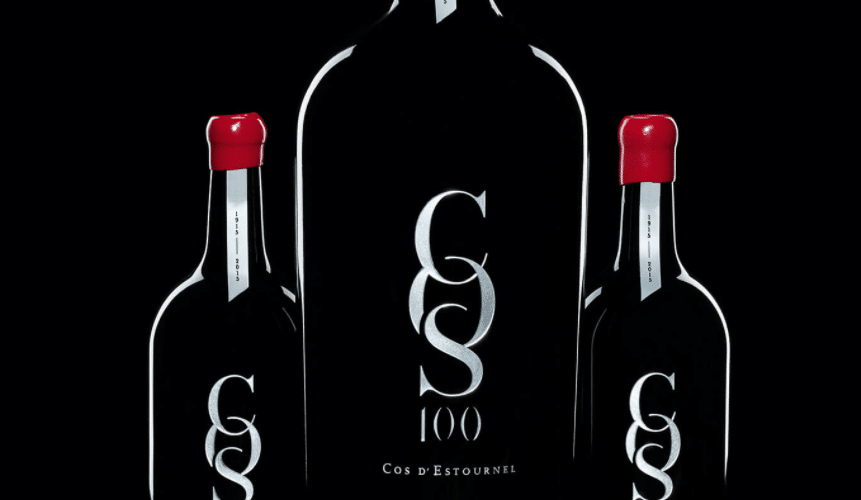 COS100: A tribute to Women by Cos d’Estournel

COS100, the new wine of Château Cos d’Estournel, was unveiled in its beautiful packaging in February 2018, in tribute to the women of the estate. 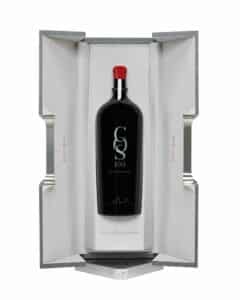 During World War I, women’s contribution to the war effort, left behind, took many forms. In a France still predominantly rural, the women farmers had to assume from the summer of 1914, the hard works of the fields. At Château Cos d’Estournel, Saint-Estèphe’s mythical Second Cru Classé, women of the Great War planted, harvested and vinified like men.

COS100, composed exclusively of Merlot, was harvested in 2015 on the “Women’s parcel”, planted 100 years ago by the women of the property in the heart of the estate. With this vintage, the property marks a century of work and dedication to the beautiful terroir of Château Cos d’Estournel. This wine gives a glimpse of the heart of the assembly of Cos d’Estournel. When you taste COS100, you taste their soil. He represents the soul of the property.

This wine was harvested in 2015 with grapes embodying the deep and authentic identity of the property. The quantities are tiny since only two barrels were collected. To preserve and emphasize the exclusive character of this wine, the property offers only 10 Balthazars (12 liters), and 100 double magnums (3 liters). Each bottle, thus engraved COS100, rests in a box in wood and leather. Extremely elegant, the packaging of this wine brilliantly reflects the excellence of COS100, designed to cross the ages.

Marketed outside the usual distribution channels, the bottles will be auctioned in March 2018. They will be joined with original sculptures of elephants, animals of the Castle who made it one of its symbols since the first owner of the estate, Louis Gaspard d’Estournel was nicknamed the Maharajah of Saint-Estèphe for his openness to the world and his love of the East. Also auctioned off, these sculptures were made by famous artists including Curtis Kulig and Jason Woodisde for the New York auction and by Chinese artists for the Hong Kong auction. The funds will be donated to the association for the preservation of the elephant and its habitat in Asia: Elephant Family.

On this special  “International Women’s Day” we wanted to highlight this approach and this unique wine. Michel Reybier, the owner of Château Cos d’Estournel, describes this project as a tribute to the terroir and to women: “In creating COS100, I wanted to pay tribute to the terroir and the women of Cos d’Estournel who, there is a  hundred years, have planted these vines and thus ensured the durability of the property. Symbol of transmission, COS100 is a unique wine that crosses the generations, true link between a past that it incarnates and a future that it prefigures. It is a great pride to offer an incomparable wine, witness of our ongoing quest for excellence, which takes part in its own way to the legend of Cos d’Estournel. “.

COS100 is the symbol of transmission over time.

For more information about this wine, do not hesitate to contact us by clicking here !